The longer I’ve been doing this writing thing, the more I’ve come to accept that most of the work involved is decision making. From the moment we settle on a story, we have to make choices about it—who the characters are, what the main conflict is, point of view, structure, and of course, what world it takes place in. Honestly, it’s rather daunting when you think about it, like standing at the foot of the mountain and staring up at the summit towering so high above you and seemingly out of reach. At least it’s daunting for me, and it’s why I’m primarily a discovery writer, as opposed to an outliner. I find it easier to focus on the climb right in front of me, taking it bit by bit.

But regardless of whether you’re a discovery writer or an outliner, we’re all in the business of making decisions. The key to good world building (and good writing in general) is learning to make active decisions as opposed to passive ones. Here’s “real life” example of the difference.

Wife:           “Hmmm, well I had Chipotle yesterday and you had Taco Bell on Monday, and I’m really in the mood for a hamburger.”

Wife:            “Well, actually, why don’t we go down the road to the Red Robin? They’re having a special on hamburgers, and we could really use the savings right about now. Also, there are milkshakes.”

See the difference? In the first example the couple chooses a restaurant purely out of convenience and, presumably, a fondness for Chipotle. Oftentimes as writers, we do the same. We’re in a hurry to get the story out and it’s tempting to make decisions that don’t require a lot of thought or effort. We pick things that are familiar and conventions that are safe. However, making passive decisions like this is sure to result in thin and generic world building, (I would argue that this pitfall holds true for other parts of writing, too, including characters, conflict, and so on). Are you writing a fantasy set in medieval Europe? Nothing wrong with that per se, but do you know why you picked it? If your only answer to this question is that you have a fondness for medieval Europe, then you might have a problem.

Instead, make active decisions. The way to do this is by not stopping at the initial answer to a question but instead subjecting that answer to a series of deeper questions. If you can answer those deeper questions—I chose medieval Europe because my young main character has the magical ability to make plants grow, which is awesome, but will totally suck if he was born a serf and the lord of the manor discovers his ability and forces him to use it to bring him more wealth…etc. etc.—then you’re more likely to develop a world that isn’t generic but is instead a crucial piece of your story. One that has as much influence on the characters as the story events. That development only comes about by asking questions and making active decisions.

For example, in my upcoming YA fantasy, I’ve created a world that shares some similarities to Ancient Greece (emphasis on similarities as there are many things about it NOT like Ancient Greece). The reason I mined some aspects of this historical time has to do with the founding premise of the story. My main character, Kate, is a rider for the Relay, a royal courier service delivering mail across the country (think Pony Express here—and yes, this was the result of another active decision). Relay riding is a dangerous and deadly job thanks to a serious dragon problem in my imaginary world; when darkness falls, nightdrakes come out from underneath the ground and kill any human not behind the protection of the magically fortified city walls. Kate has to ride fast and make sure she gets inside.

The moment I decided on this setup—a kingdom populated by walled cities—I immediately had to make decisions about the political framework. How is this kingdom governed? Who rules here? I could’ve made an easy decision and gone with a standard medieval kingdom with the cities governed by dukes and other such nobility, all in service of the ruling family. On the surface, that might’ve worked, but it never would’ve stood up to the questioning process I described earlier. Instead I decided these cities needed to have formed independently before eventually uniting into one kingdom, under the rule of a high king. Hence, the city states of Ancient Greece became my starting off point. This process not only helped me figure out how my world works, but it provided me with loads of world building details to use later. None of the time and effort I spent making this active decision was wasted. By the end of it I had a basic understanding of the history of my world, what shaped it, and also how it shaped my characters.

This idea of active decision making isn’t just for the big picture stuff either. It applies to all the world building decisions you make, no matter how arbitrary. Do you have a scene where your cast of characters stop at the local tavern for food and wine? What kind of food do they eat? Where did the food come from? How much does it cost? How is it prepared/preserved/transported? In other words, don’t just settle for surface-level details. Question your details, get specific, go deeper, then write the results. It might be tiring, daunting, but it’s well worth it. Meaningful, specific details will make your world feel real to the reader. They don’t have to be big details. The little ones add up quickly and have big impact.

It’s like Aristotle said, “The only way to get to the universal is through the particular.”

So get particular and see what happens. You won’t regret it. 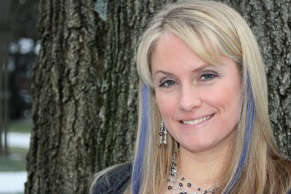 Mindee Arnett is the author of two young adult series: The Arkwell Academy Series, a contemporary fantasy, and the sci-fi thriller Avalon. Her next series is a high fantasy, soon to be announced. She lives on a horse farm in Ohio with her husband, two kids, a couple of dogs, and an undisclosed number of cats. When she’s not telling tales of magic, the supernatural, or outer space, she spends time riding horses and honing her first-person shooter gaming skills. 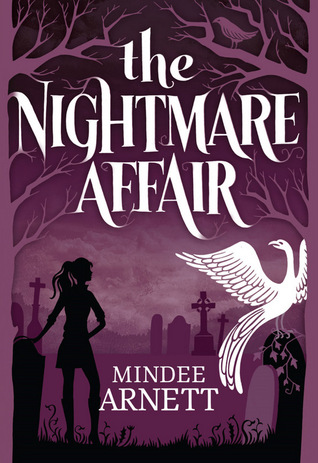 Sixteen-year-old Dusty Everhart breaks into houses late at night, but not because she’s a criminal. No, she’s a Nightmare.

Being the only Nightmare at Arkwell Academy, a boarding school for magickind, and living in the shadow of her mother’s infamy, is hard enough. But when Dusty sneaks into Eli Booker’s house, things get a whole lot more complicated. He’s hot, which means sitting on his chest and invading his dreams couldn’t get much more embarrassing. But it does. Eli is dreaming of a murder.

Now Dusty has to follow the clues—both within Eli’s dreams and out of them—to stop the killer before more people turn up dead. And before the killer learns what she’s up to and marks her as the next target. 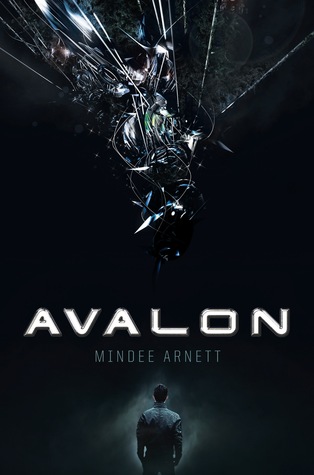 A ragtag group of teenage mercenaries who crew the spaceship Avalon stumble upon a conspiracy that could threaten the entire galaxy in this fascinating and fast-paced sci-fi adventure from author Mindee Arnett.

Of the various star systems that make up the Confederation, most lie thousands of light-years from First Earth-and out here, no one is free. The agencies that govern the Confederation are as corrupt as the crime bosses who patrol it, and power is held by anyone with enough greed and ruthlessness to claim it. That power is derived from one thing: metatech, the devices that allow people to travel great distances faster than the speed of light.

Jeth Seagrave and his crew of teenage mercenaries have survived in this world by stealing unsecured metatech, and they’re damn good at it. Jeth doesn’t care about the politics or the law; all he cares about is earning enough money to buy back his parents’ ship, Avalon, from his crime-boss employer and getting himself and his sister, Lizzie, the heck out of Dodge. But when Jeth finds himself in possession of information that both the crime bosses and the government are willing to kill for, he is going to have to ask himself how far he’ll go to get the freedom he’s wanted for so long.

Avalon is the perfect fit for teens new to sci-fi as well as seasoned sci-fi readers looking for more books in the YA space-and a great match for fans of Joss Whedon’s cult hit show Firefly.

Thank you so much, Mindee, for sharing the importance of decision making and your personal experiences.

A huge thank you to everyone who has participated in this feature! Your words never fall upon ungrateful minds. You are appreciated. 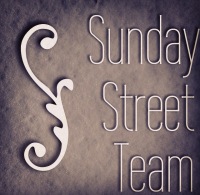 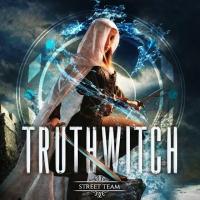