Trigonometry, and I will say this in NO UNCERTAIN TERMS, is the worst. Just. The worst. Why? Because it’s the study of triangles. The only reason I passed that classed in high school was because I sat next to a vaguely intelligent human who ALSO sucked at trig but happened not to suck at the stuff I was worst at. And vice versa. It was a painful, C- for both of us-earning, symbiotic relationship.  I was an algebra kind of person. TRIANGLES CAN DIE. Which would lead one to believe, perhaps, that my feelings extend to triangles of all kinds.

But not so, friend. Not so. When it comes triangles, my feelings are very hot or cold. And when it comes to love triangles in books, that’s no exception. I’ve come across triangles I hated, but usually “love triangle” is like a tractor beam to my drama-loving heart. I think they add major drama, and they devastate me and thrill me when they’re done right. And mostly I adore them because when they’re done well? MAN, do they feel real to me.

When you’re a teen, hardly anything is black and white, separated into neat little boxes. Things are COMPLICATED. He likes her, and she kind of likes him but is also into this girl in her AP chem class, and THAT girl likes the girl in U.S. history and on and on and on it goes. Life is messy, and when love and crushes get involved, it just gets messier. I remember more than once in school being involved in love triangles, on both sides of them. They are NOT FUN. They are common. They are real.

NOW, don’t hear me saying, “You’re wrong if you hate this plot device!” If you don’t like them, hey, who am I to question? Everyone has different tastes. But I love ‘em. I read them and I write them. And more often than not, the reasons I hear for people hating them (which are reasonable…er…reasons) come down to craft

(These rules are like the pirate code, and should be taken as eh, more guidelines, reallllly.)

Thou shalt not make one character completely baffling and impossible as a romantic choice.
Was Bella EVER going to go for someone other than Edward? (I love me some Twilight. I LOVE IT. But come on.)

Thou shalt make an honest attempt to make it unclear from the beginning who will be chosen.
The love triangles that are FAB are the ones that have me split between them—leaning toward one, but maybe sometimes back toward the other.  Not the kind where one is a complete jerk from second 1, and you KNOW beyond a shadow of a doubt that she’d picking the dude behind door number 2.

Thou shalt give thine hero/heroine a CHOICE.
The BIGGEST issues people have here tend to be with the hero/ine waffling, then the choice is made for them because one member of the triangle dies. Or is like, banished into space. Or murders their sister, or whatever. Naw man. MAKE IT HURT. Make the MAIN CHARACTER CHOOSE, not the world. And let everyone wallow painfully in the consequences

Thou shalt have good reasons for the MC to want both of ‘em (Or all 7,893,489 of them if you are Sarah J. Maas).
Ultimately, the best love triangles, in my mind, come down to a character wanting two things, and having to choose between them.  Alina Starkov in the Grisha series wants power AND she wants safety.  Juliette in the Shatter Me series wants comfort AND she wants to be unleashed.  Celaena Sardothien changes so much over the course of the Throne of Glass series that what she wants shifts as well, which means PEOPLE.  Ultimately I think the most well done triangles/squares/dodecahedrons give someone two or more entirely conflicting desires, and let them choose WHICH they want most as people apart from their love interest, THEN the romantic choice they make naturally follows (which may be picking one, or it may be choosing to be alone!)

Thou shalt be willing to let it change.
Romance, like anything else, springs from character.  Let your character be dynamic and passionate and special and WANT something first, and then let them like a couple people and love people, and if you let THEM choose based on their own journey that is all their own, whatever they choose will be right. 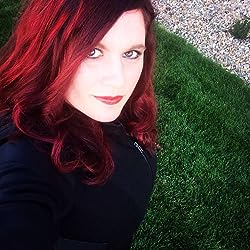 Brianna Shrum lives in Colorado with her high-school-sweetheart-turned-husband and two uber-hyper, superhero-obsessed little boys. She thinks chai tea is proof of magic in the world, and loves all things kissy, magical, and strange. She’d totally love to connect with you! 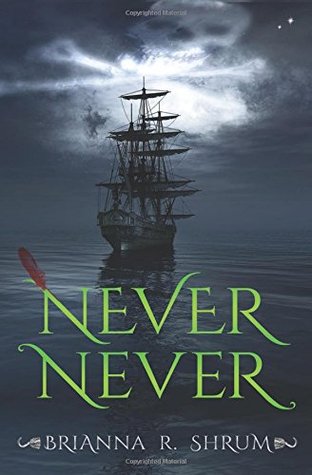 James Hook is a child who only wants to grow up. When he meets Peter Pan, a boy who loves to pretend and is intent on never becoming a man, James decides he could try being a child – at least briefly. James joins Peter Pan on a holiday to Neverland, a place of adventure created by children’s dreams, but Neverland is not for the faint of heart. Soon James finds himself longing for home, determined that he is destined to be a man. But Peter refuses to take him back, leaving James trapped in a world just beyond the one he loves. A world where children are to never grow up. But grow up he does. And thus begins the epic adventure of a Lost Boy and a Pirate. This story isn’t about Peter Pan; it’s about the boy whose life he stole. It’s about a man in a world that hates men. It’s about the feared Captain James Hook and his passionate quest to kill the Pan, an impossible feat in a magical land where everyone loves Peter Pan. Except one. 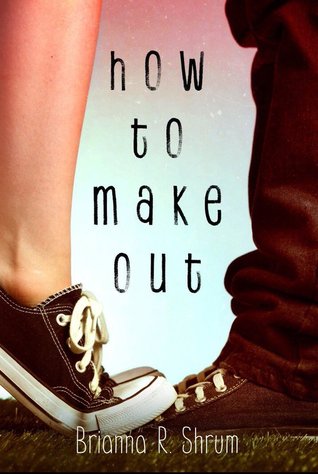 How to Make Out

Sixteen-year-old Renley needs three thousand dollars for the math club’s trip to New York City, and she knows exactly how to get it: she’s going to start a how-to blog where people pay for answers to all of life’s questions from a “certified expert.” The only problems: 1) She doesn’t know how to do anything but long division and calculus. 2) She’s totally invisible to people at school. And not in a cool Gossip Girl kind of way.

So, she decides to learn to do . . . well . . . everything. When her anonymous blog shifts in a more scandalous direction and the questions (and money) start rolling in, she has to learn not just how to do waterfall braids and cat-eye makeup, but a few other things, like how to cure a hangover, how to flirt, and how to make out (something her very experienced, and very in-love-with-her neighbor, Drew, is more than willing to help with).

As her blog’s reputation skyrockets, so does “new and improved” Renley’s popularity. She’s not only nabbed the attention of the entire school, but also the eye of Seth Levine, the hot culinary wizard she’s admired from across the home-ec classroom all year.

Soon, caught up in the thrill of popularity both in and out of cyberspace, her secrets start to spiral, and she finds that she’s forgotten the most important how-to: how to be herself. When her online and real lives converge, Renley will have to make a choice: lose everything she loves in her new life, or everyone she loves in the life she left behind.

Many thanks to Brianna for sharing her insight on love triangles! We value the time you took to write for us even with all other guest posts you had to do and the recent release of How to Make Out! Also thank you for indulging me in a long DM chat about disappointing and favorite love triangles! I can’t wait for  the next time we get to discuss them again!