Over the past couple of years, magical realism has become more popular in the publishing world (and not just in YA). It’s a sub-genre that isn’t always obvious in its execution, and is, for many readers when put on the spot to explain it, kind of hard to describe.

Fantasy on the other hand, for instance, well, it’s more obvious: there’s whole new worlds, people, languages, powers… mostly everything is created by the author. The storylines and characters likely wouldn’t be able to stand on their own if you took out the fictional, not-realistic stuff, either. It’s necessary for the storyline.

Magical realism, however, is a blurrier scope. It takes the normal and adds just a hint of not-so-much, oftentimes making things easier to believe since an entire world doesn’t first have to be built for the reader to accept what the author is offering.

Years ago, I was asked to put a finger on what the sub-genre of the Flora series was, I’d say “urban fantasy”. It was the only thing that made sense at the time: most of the storyline occurred in the here and now, in a normal town (Shaver, California), but there were fantastical elements and a different place (Ambrosia) and other things that the main character, Dahlia, was exposed to, so in my mind, it was the only sub-genre that made sense.

Then, someone mentioned “magical realism”, and it struck me just how perfect it was. IF I SPEAK TRUE was reality, but not. It had the truth of the here and now, but magical elements thrown in also.

As I was searching for a great description for this post, I came across Goodreads’ description, and it’s quite good:

Magical realism is a fiction genre in which magical elements blend to create a realistic atmosphere that accesses a deeper understanding of reality.

…Some scholars have posited that magic realism is a natural outcome of postcolonial writing, which must make sense of at least two separate realities—the reality of the conquerors as well as that of the conquered.

Both descriptions are great at shedding light on what makes magical realism what it is: two separate realities intertwining throughout the book. Unlike fantasy, the magical elements aren’t so in-your-face; they’re more subtle. And, like I said earlier, that subtlety is what enables the reader to take the author’s “word for it” and consume the book.

How about you? Have you read any magical realism? If so, did the execution work for you? On the other side of this, are you writing magical realism, or would you like to? 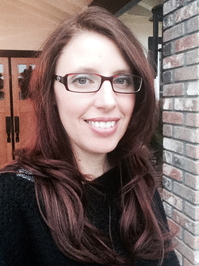 Jessica L. Brooks is a lover of books, coffee, and all things owl-dorable. She writes young adult books about near-future dystopia (Pity Isn’t An Option, Cozenage #1, available now) and magical realism (the Flora series). Connect with her on her blog, Let Me Tell You A Story, Tumblr, or anywhere else on the interwebs by doing a search for her username: coffeelvnmom. 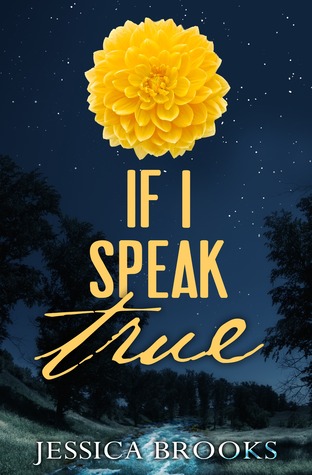 Dahlia Kennedy’s sixteenth birthday marks a decade of mysterious dahlias arriving and strange, lonely dreams of being in a forest. The only difference this birthday, however, is that for the first time, someone is there with her. And he’s practically from a whole other era.

The more often Dahlia visits Rowan in his land of Ambrosia, the stronger their connection grows. But… is Ambrosia real? Is he real? What is going on between the two of them, exactly, and why does he insist that she keep it to herself?

As secrets usually go, however, it’s only a matter of time before everything comes out. And when Dahlia finds out the truth of who Rowan is, who she is, and how he really feels — it’s beyond anything she could have ever imagined.

A huge thank you to Jessica, who wrote such an awesome post for this week! You are such a doll, especially when I’m e-mailing you t 1am asking you to change the format because my stupid computer doesn’t like it. Seriously, you’re so wonderful! If you should ever need anything, please don’t hesitate to ask!

As always, thank  much to everyone who was, is, or will be a part of this feature. Your words of wisdom help so much more than you will ever know. We all truly appreciate your time, effort, and advice.

Have a wonderful rest of your week!