Beta Readers And Why They’re Amazeballs!
By S. Usher Evans

Every writer is going to have a different process for how they get their manuscript reader-ready. Being a self-published author of four books (the last one coming later this month, more on that later), I’ve developed my own system of benchmarks that I hit before I press that publish button. The most important one is the beta reader step.
A beta reader, in my definition, is a reader who looks at a complete manuscript and provides feedback on what I call the “big rock” issues. So if you said your elf is going on a ship, and then in the next scene he’s in a cave. Or if you haven’t done a good job in your worldbuilding and the reader can’t picture your fantasy world. Or, more pressing, if the story is any good. A beta reader doesn’t normally pick up on the “you missed a comma here” stuff, at least in my view.

If you’ve ever published anything, you know opinions vary. That’s why it’s good to stick with four or five beta readers so you get a wide variety of input. Just as your readers pick up on different things, your betas will come back with different things. The key is to know your story well enough to tell the difference between the comments you want and feedback you take as a general note to be clearer. For example, in my dragon book, I had a beta reader leave me a ten paragraph essay on how I should make the fantasy world more like 18th century Scotland–except the book didn’t take place there. I took that as a general commentary that I needed to make my worldbuilding clearer.

So who should you pick for your beta readers? It really depends. For my space pirate series (brace for obligatory “I have a new book coming at the end of this month and you can check it out here“), I’ve started to circle the wagons around a core set of readers. Since I’m working on #4 in the series, it doesn’t behoove me to enlist readers who’ve never read the first three. Therefore, I chose some readers who were super into Razia who could help me with continuity and characterization. For the dragon book, since it was a personal allegory to my own struggle with anxiety and depression, I wanted beta readers who’d never even heard my name to check if the story was actually interesting. For my romance work in progress, I chose readers who wrote romance to help me with all the kissy stuff.

Above all else, you should choose readers who you trust to give you honest feedback and readers whose feedback you’ll actually listen to. After all, you want to make sure your baby is as perfect as it can possibly be before you send it out to the sharks of the literary world.

Usher Evans is an author, blogger, and witty banter aficionado. Born in Pensacola, Florida, she left the sleepy town behind for the fast-paced world of Washington, D.C.. There, she somehow landed jobs with BBC, Discovery Channel, and National Geographic Television before finally settling into a “real job” as an IT consultant. After a quarter life crisis at age 27, she decided consulting was for the birds and rekindled a childhood passion for writing novels. She sold everything she owned and moved back to Pensacola, where she currently resides with her two dogs, Zoe and Mr. Biscuit.

Evans is the author of the Razia series and Empath, both published by Sun’s Golden Ray Publishing.

Find S. Usher Evans on the below social media: 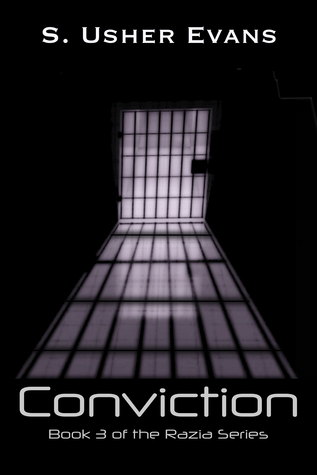 Razia is in trouble. Captured by a fellow pirate, she now finds herself back on probation with a bounty worth zero credits. In the cold reality, she begins to question herself and everything she has been working towards all of her life–and what she’s willing to do to reclaim her glory.

Piracy is a game. What do you stand for? 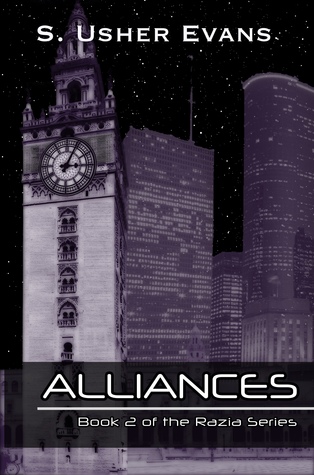 Piracy is a game. Whom do you trust?

Lyssa Peate has found a tenuous balance between her double lives – the planet-discovering scientist and space pirate bounty hunter named Razia. No longer on probation, Razia still struggles to be thought of as more than a chocolate-fetching joke, and Lyssa can’t be truthful to those closest to her. But both lives are turned upside-down when feisty government investigator Lizbeth Carter shows up to capture the same pirate Razia is after.

Lizbeth’s not interested in taking Razia’s thunder; rather, she convinces the caustic bounty hunter to help solve a mystery. Somebody’s hiring pirates to target government ships, and there’s a money trail that doesn’t make any sense. From the desert planet of D-882 to the capital city on S-864, the investigation leads them deeper into a conspiracy that reaches to the highest levels of the Universal Government – and to one of the most painful chapters in Lyssa’s past. 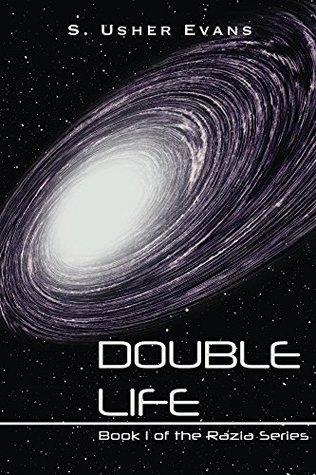 Piracy is a game. How much are you worth?

Since she was a little girl, everyone – from her father to the Great Creator himself – told Lyssa Peate the same thing: she’s worthless. But when she becomes the pirate bounty hunter Razia, she can see the price tag on her own head. Employed by one of the four pirate syndicates, she uses bank transactions and her considerable wits to capture rival members. At least, she would be if Razia’s boss ever gave her a chance. It’s a man’s world, and all she’s allowed to hunt are purse snatchers while she languishes on probation.

To pay the bills, she’s stuck in her old life as Lyssa, discovering and analyzing distant planets and selling them for cash. She’s doing just enough to stay out of trouble, pretending to be continuing her father’s mysterious research while away for long periods of time. Her slimy boss is always asking questions and even assigns one of her younger brothers, Vel, to intern with her. Already struggling to keep the balance between her double lives, she tries everything to rid herself of the kid…

…until the universal police mistake Lyssa’s intern for Razia’s hostage. 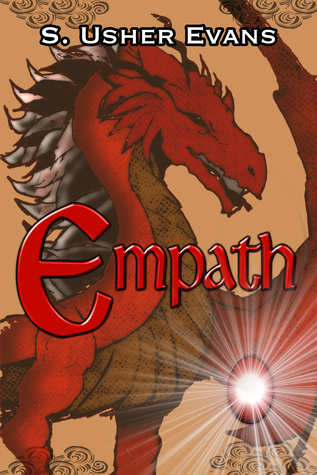 Lauren Dailey is in break-up hell.

Stuck between moving on and letting go, she puts on a brave face while crying herself to sleep at night. But when a mysterious voice promises escape from her sadness, she is suddenly transported to a new world. And in this place, the slightest touch pulls her out of her tortured emotions into the mind of another – an empath.

The villagers – sweet Aerona and her mischievous twins, wise Siors, and hunky Cefin – welcome her and the blessings her empath powers bring. But this world is not without its dangers. The Anghenfil, a fire-breathing monster, has haunted the village for decades, and has a taste for empaths. And that mysterious voice promising escape from sadness? It’s sounding more like a whisper tinged with smoke and embers.

Can Lauren keep the monsters in the mountain and in her head at bay? Or will she succumb to the darkness like the empath before her..

A huge thank you to S. Usher Evans and all of our participating authors, agents, publicists, etc. We can’t do this without you, and we love you so much for helping so many young writers achieve their dreams!