Musings of Eternal Dreamers is a brand new Thursday feature here on Live, Love, Read that was started in the hopes of helping new and beginning writers. Many of us, including Lauren and Kelly, one day hope to be published authors, but the road there isn’t easy. The road to being published isn’t something that you can do alone; you need help. This feature is stocked full of experienced authors, editors, publicists, agents, etc., who have already been there, done that, and are willing to share their own experiences, advice, and stories with us so that we can find our own paths to achieving our dreams.

Lauren and Kelly originally came up with the idea of this post many months ago to use as a documentation feature of our own troubles and journeys while writing our manuscripts. However, with our manuscripts on hold, we had no use for it at the time. Not too long ago, Kelly struck up a conversation with Shanna Hughes and asked her whether she would like to do a guest post for Live, Love, Read. After reading the phenomenal post Shanna sent, the new idea for Musings was set into motion. We are happy to say that there are now over twenty-five amazing people willing to share their advice and stories with all of you, and we are currently booked through February 2016 (with the exception of Christmas break, if anyone would like to take those Thursdays!) and still growing! If you would like to be a part of Musings of Eternal Dreamers, please contact Kelly at LiveLoveReadYA (at) gmail (dot) com.

With that said, Musings of Eternal Dreamers is our new baby, as it has flourished and grown so much over the last week that we have been left completely in awe of the amount of support received. We hope that you love this feature as much as we do, and take from it every piece of inspiration, advice, and love that you can! Feel free to leave comments, ask questions, and interact with the wonderful people volunteering their time to help us. They are all some amazing and kind writers to talk with.

Now, because Shanna was the author who inspired the renewal of this feature, it seems only fitting that she start us off…

A Fear of Sharing Your Writing…
by Shanna Hughes

In January 2015 I self-published a short story called The Silver Braid, even though I have intentions of following the traditional way of publishing. Now, you might ask: why did you self-publish?

The answer is simple: fear.

I was afraid of putting my story—myself—out there, with all the reviewers on Goodreads, book blogs, Twitter, and so on (and yes, I realize that self-publishing without any marketing budget does not equal an enormous amount of reviews—or readers, for that matter).

We’ve all seen the reviews that rip a book apart within a few sentences, a book an author worked on for a very long time. They go through the painstakingly process of writing, editing, more writing and editing, querying agents and landing a book deal. We all know it’s not easy and these people made it. That’s something to admire—and it’s something a lot of us will never achieve. When their book is finally published, it will be criticized in a way you will only find on the internet. Everyone—anonymous or not—has an opinion and most of them are keen to share it.

That’s okay, because everyone is entitled to have their own opinion, but it scared the hell out of me. I’ve been writing from a young age, even a fanfic at the age of sixteen that I posted on a forum. Soon, I’d gathered a group of at least two hundred people who followed the story—though I can’t for the life of me figure out why, because the writing was absolutely rubbish. But there was something that had them hooked. It sparked my hope of becoming a writer. Maybe I did have a tiny bit of talent that I could develop so I could chase the thing I’d always dreamed of: getting published.

So I wrote. And I wrote some more. Most of this I only shared with a few good friends. I have dozens of unfinished stories on my PC. I practiced and practiced and slowly became more confident. Surely, if I was crying during writing, someone else might cry when they read it?

At the same time, fear crept upon me. What if I share it with the world and no one likes it? What if people tell me I’m simply not good enough, that my writing is rubbish, and I’d best stick to my day job and give up all together? It consumed me and for years, I simply kept dreaming about putting my stuff out in the Big Mean World.

Last year, I moved to the UK from the Netherlands. It was a big step, but I have no regrets. It taught me something very important:

Yes, yes, people tell you this all the time. But you don’t really feel the effects until you take a big step. Slowly, I realised that I was holding back on writing because of my fear. And I decided I had to tackle it.

My first step was to write something I loved, and I immediately thought of a story that had been on my mind for a few years. Over the Christmas holiday, I holed up in my room after dinner (not sure if my family really appreciated that…) and wrote. Within two days, I had a first version and The Silver Braid was born. Then I tackled it with edits—even during my flight back to the UK on January 1st!

But the big question was how I was going to overcome my fear of sharing it with people I didn’t know. Yes, I could post it on a forum or on my website, but I needed to reach people that I didn’t know. After a lot of thinking (and gnawing on my bottom lip) I decided self-publishing was the best option. I ended up publishing it through Smashwords 21st January 2015, after Toni Sian Williams designed the cover—my skills with Photoshop are limited to enhancing a photo.

What happened next amazed me: positive responses. Not just about the story, but also about the fact that I had put myself out there. I also received messages, Tweets and emails in which people told me they loved it and received a few positive reviews. And that, I promise you, is the best feeling in the world. It beats all the fear.

It fueled me into picking up a story I started writing in 2013 (idea goes back to 2007), but I’d pushed it away because of that fear I had. Along with inspirational words from Sarah J. Maas and Susan Dennard, I decided on a rewrite for Starstruck. Eight weeks later, I had a Shiny New Draft (the second one, having thrown out the first) with a word count of 78K—despite having a full time job. I write during my lunch breaks and it takes a lot of planning, structure and commitment, but it’s worth it. At the moment, I’m revising with help from my amazing critique partners.

For me, self-publishing was about overcoming my fear, to get rid of that which held me back to become a better writer. As for The Silver Braid, I’m still waiting for that first person to write a negative review. But when that happens, I will see it as feedback and use it to improve myself as a writer. Remember this, people: you can’t please everyone! Bottom line: you have to write what you love. If you don’t love it, your reader won’t like it either.

Remember that it is okay to be scared, as long as you keep in mind that not everyone will like your story. But as long as it makes you happy, don’t give up.

Keep chasing your dreams and one day, it might come true.

I hope to see you there. 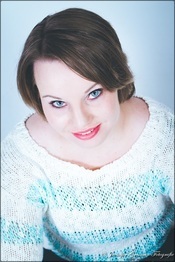 All information is from her Goodreads Profile:

“Shanna Hughes (24-07-1987) has been crazy about books from a young age. It didn’t take long before she created her own imaginary world and she’s been talking to her characters daily ever since. Often out loud and in the middle of the supermarket.

In 2010 she completed her bachelor in business communication (communication & journalism) at the Hogeschool Utrecht, the Netherlands. From 2008 to 2012 she worked as a journalist, web editor and later also as an editor. She lives in Shropshire, England, and works as an Account Executive in Affiliate Marketing.

On Monday evenings she can be found in the dojo practicing karate (and often failing). When at home, she enjoys cooking, reading and playing and cuddling with her silver Bengal cat Celaena (she fully admits to having stolen that name from Sarah J. Maas’ series Throne of Glass). When she gets the chance, she can be found in the Midwest USA, chasing storms and tornadoes. Yes, it does take a little craziness to have such a hobby.”

You can contact Shanna and find more information via the following social medias: 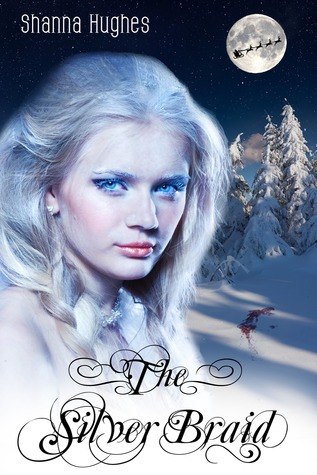 The Silver Braid Goodreads
Buy (FOR FREE) on Barnes & Noble

Thanks for reading our first installment of Musings of Eternal Dreamers! A huge “THANK YOU” to Shanna Hughes, who inspired this feature and conquered her fears in order to start us off on the right foot! We loved having you, Shanna!

8 thoughts on “Musings of Shanna Hughes”